Home » They Are Nashville

The Indigo Girls have a song called “Nashville” that wonderfully sums up the experience I had living there in 2007.

The Indigo Girls have a song called “Nashville” that wonderfully sums up the experience I had living there in 2007. Having grown up in the South, I went in with a cautious optimism hanging off some hefty dreams. After a year, I was over and out.

“As I drive from your pearly gates, I realize that I just can’t stay. All those mountains, they kept you locked inside and hid the truth from my slighted eyes. I came to you with a half-open heart, dreams upon my back, illusions of a brand-new start. Nashville, can’t I carry the load? Is it my fault I can’t reap what I sow? Nashville, did you give me half a chance with your Southern style and your hidden dance?”

Still, as awful as parts of my experience there were, I also drove away with some wonderful treasures in the people that I met. The independent music community in Nashville is extraordinary, and not just for its talent. They are a welcoming bunch. Within a month of arrival, I was ensconced in a group of fantastic artists who were also truly great folks and I continue to enjoy their friendships.

That’s why, when Music City got ravaged by a devastating flood last month, my heart sank. Basements and monuments were flooded, lives were lost, hopes were dashed. Brad Paisley lost millions of dollars worth of equipment only days before tour rehearsals began. Vince Gill lost nearly his entire vintage guitar collection. Opryland had piranha on the loose.

But it’s Nashville, it’s Little Big Town, everyone’s family. As Paisley wrote in an op-ed for Billboard, “There wasn’t any looting to speak of, no anger even. Everywhere I went I saw determination in the wake of tragedy.”

The lack of looting and chaos (and the BP Gulf oil spill) may explain why the national media didn’t much jump on the story. This was – had to be – a case of community doing it for themselves. Taylor Swift donated $500,000. Gill led a telethon. Paisley, along with Tim McGraw and Faith Hill, hit the national TV shows to raise awareness and money. Ke$ha announced a benefit concert. The come-together slogan became ‘We Are Nashville.’

With water treatment plants and other infrastructures destroyed, damage estimates are, at least, $2 billion. That’s a lot of $10 text messages right there.

But Music City is on the rise. The Grand Ole Opry, the Country Music Hall of Fame, and the Schermerhorn Symphony’s pipe organ may all still be drying out, but the show must go on. Just ask Sir Paul McCartney.

As one of his 2010 Up and Coming Tour dates, McCartney plays Nashville for the first time ever on July 26. Mayor Karl Dean said he “can’t think of a better time for him to be here.” But with ticket prices ranging from $57 to $250 plus fees, maybe the timing isn’t quite right. Sure, music feeds the soul, but dollars feed the belly… and patch the roof… and build the levees…

So, maybe Macca should donate a nice chunk of change back to the city that is so excited to host him. 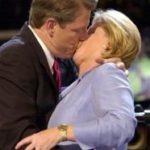