Home » Things That Happened this Week in Music and Monkeys

The Simon Bolivar Orchestra was in town this week playing at Carnegie Hall, this was their first performance since they blew the roof off the joint in 2007. They returned this week with their now super-star conductor, Gustavo Dudamel. Let me be absolutely clear when I say the present and future of classical music is Venezuela. Venezuela happens to be the one country in the world that takes the arts in education seriously. El Sistema, is a music program available to 400,000 students (75% who live below the poverty level) through out Venezuela. Spear headed by the visionary humanitarian Jose Abreu, El Sistema is not a system to just create the best classical musicians in the world (which they have) but to instill in children values, and a sense of beauty and wonder, and the cultivation of the intellect that only the humanities can do. There is no other orchestra in the world that generates this kind of excitement, both nights at Carnegie were sold out. Think I’m speaking out of my artsy arse?

Ravi Shankar passed away on Tuesday, coming on the heels of last weeks’ news of Dave Brubeck, the world sees the passing of another great cultural ambassador. As Burbeck brought Jazz into mainstream popularity, Shankar brought Indian music to the world. Ravi along with his colleagues inspired a generation of boomers from the Beatles to Philip Glass. Classical Indian music unlike Western Classical music is almost entirely improvisational, the musicians play various ragas in various time signatures. A rag/a is a mode (a series of notes within a scale), similar to the Western scale, but Indian rags have lots of “in-between” tones. Rags are meant to illicit a “mood” or a “taste”, then the musicians improvise for any given length of time from a few minutes to several hours. Shankar is survived by his daughter Anoushka, also a sitar master, and Norah Jones (his love child from another mother).

Darwin the adorable chimp that has warmed our hearts this holiday season with his monkey business at Ikea has been caught. Darwin (the Ikea Munke or Mongkee if you will) is being held at a monkey sanctuary in Toronto. His owner is willing to let them keep Darwin, since having a monkey is a prohibited bylaw in Canada, as long as they care for him better than she has. If you can’t get enough of him go, here, here, here and here. 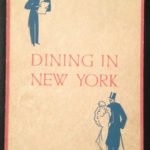