You are invited to Vp‘s third reading, “Transportation” curated by Anne-E Wood.

You are invited to Vp‘s third reading, “Transportation” curated by Anne-E Wood. Wood herself is an accomplished writer and professor of creative writing at Rutgers University who has brought together a collection of writers and artists for a night of fiction, poetry, and performance.

Here’s what Wood has got cooked up for us:

T Kira Madden is a writer, photographer, and amateur magician.

Her work has most recently appeared or is forthcoming in The Kenyon Review Online, Puerto del Sol, Hyphen, The Collagist, and Fourteen Hills. She currently teaches writing at The Doe Fund to homeless and formerly incarcerated individuals and at Gotham Writers’ Workshop. She is the founding editor of literary journal, No Tokens, and lives in Brooklyn where she is at work on a novel.

Matthew Clark Davison is a lecturer in fiction at San Francisco State University, where he also serves as the Faculty Advisor for Fourteen Hills.

He’s also a Communications Coach at Stanford University’s Graduate School of Business; and an Artist Mentor for Performing Arts Workshop, where he coaches performing and literary artists who teach “at-risk” children. His work has appeared or is forthcoming in The Atlantic Monthly, The Mississippi Review’s EVO, Lodestar Quarterly, Lumina, Per Contra, The Creosote Journal, and others. His recently completed novel manuscript, “Letters to the Dead” is represented by The Charlotte Sheedy Literary Agency.

Ok, so the name Athens Boys Choir can be a bit deceiving but you can’t blame a Jewish Transsexual, who came into manhood in the Deep South, for having a sense of humor about the whole ordeal.

Harvey Katz, the solo member of this multimedia word-centric experience, travels the length and bredth of this country speaking “the good word”; throwing down hard-hitting spoken word poetry and homo-hop to eager queers and allies everywhere.

Justine’swork has appeared in PIF Magazine and The Reader. She is at work on her first novel.

Katina Douveas is a working class poet, hustling to stay afloat in Brooklyn.

Born in detroit, she moved to new york 10 years ago to chase poems and collaborate with her partners-in-crime contemporaries. Her work appears in various online publications and at open mics throughout new york, Detroit and DC. She’s been published here at Velvetpark Magazine and the Sacfree Press poems-for-all series, and has performed as a special guest with Sister Spit. She has been known to slam, on occasion, into walls and onto stages, sometimes at the same time.

Bix Gabriel started her career as an advertising copywriter in Hyderabad, India, but found that selling toothpaste didn’t quite measure up to the thrill of telling stories.

Bix has two Masters degrees (Communications and Media Studies) and more than a decade of experience helping nonprofits large and small, local and international, communicate their causes.
Bix lives and writes in Brooklyn. 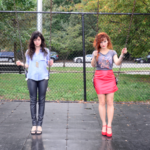 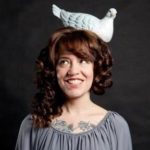 Valencia: the Movie/s Premieres at Frameline