Home » Vemeer’s Daughter, The One with The Pearl Earring

If you think breaking into the art world is hard now, imagine if you were a girl in pre-modern Europe the only hope that you could persue a career as an artist would be if your father was an artist

If you think breaking into the art world is hard now, imagine if you were a girl in pre-modern Europe the only hope that you could persue a career as an artist would be if your father was an artist. Then and only if, your dad was also somehow compelled to go beyond social conventions and train you. And even then, you still had to make it through the exceedingly misogynistic patriarchal culture that expected women to marry and produce children, and no more.

Thinking about the insufferable lives countless women artist lived, most notably Artemisia Gentileschi trained by her father and later made a living as a painter, its amazing we know anyone’s name at all. Gentileschi’s career had originally been marked not for her paintings but by a rape by her painting tutor (unwittingly hired by her father) and the resulting trial in which she underwent torture by thumbscrews. Her work was “rediscovered” by 2nd wave feminist scholars of the 20th C.

So bearing that in mind we now have a new “discovery” of another father-daughter duo, Joannes and Maria Vermeer. Art historian Benjamin Binstock originally published “Vermeer’s Family Secrets” in 2009, in it he methodically analyzes a handful of Joannes’s paintings and re-attributes them to his daughter. As you can imagine scholars ignored these assertions for several years. However this Saturday at NYU’s Cantor Film Center a symposium on Binstock’s findings are going to be seriously discussed and most likely debated.

Girl in a Red Hat is believed to be Maria’s self portrait (in the style of her father.)

Some of the reasons for Binstock’s suspicions is that Johannes Vermeer had no out side assistants or (only male assistants would have been recorded by the artist guilds of the day), nor did he have any students or followers. Joannes died of a stroke at the early age of 42 so his extant paintings are rather limited in comparison to artists who produced into old age. And so it is believed that Maria, Johannes’s eldest daughter executed a handful of works that were later sold after her father’s death in order to pay off Vermeer family debt.

Maria was also known to have helped her father in his studio doing all manner of chores from mixing pigment to modeling as well as painting. Binstock believes that at least six paintings, which have never fit comfortably into Vermeer oeuvre were actually done by Maria.

the famous girl with the pearl is Maria painted by Johannes.

A few of the other works believed to be by Maria are:

Girl with a Lute

Unfortunately, after Johanne’s death Maria would not have been able to continue to paint in the studio of her father. She would have been expected to marry and give up the craft. Her scerects may have died with her, but fortunately her discovery has just begun.

Free & Open to the Public 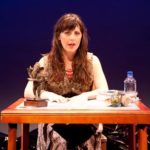 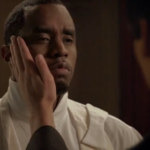