Opening this Thursday at Artist Curated Projects in Los Angeles is “

Opening this Thursday at Artist Curated Projects in Los Angeles is “Vessel” a two-person show of works by Cali artists Tony Payne and Suzanne Wright (April 7th – 30th). ACP is a boutique run artist space founded by artists Eve Fowler and Lucas Michael who conceived of an alternative venue for artists to develop curatorial ideas, show the work of their peers, and promote interdicpinary dialogue.

Payne uses text, and bodily fluids to create his minimal-conceptual works on paper, while Wright works with collage, and other graphic mediums to render her pictoral pieces.

Suzanne Wright’s early career in the arts can be traced back to her activist days as a member of ACT UP New York where she learned that challenging power structures through shock and controversy can be a way to awaken new vision.

Wright’s interest in portals as a way to explore transitional space between paradoxical worlds, runs as a recurring theme through out her work. These dualities appear between the sacred and the profane, the political and the personal… unlikely yet harmonious marriage of the pairs of opposites.

Femme With A Handbag 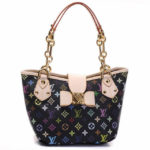