[Originally published in Velvetpark issue 1, 2002, by Kelly Mack and photos by Ginna Pinna]

[Originally published in Velvetpark issue 1, 2002, by Kelly Mack and photos by Ginna Pinna]

Turn on MTV or watch Queer as Folk and you can find many kinds of gay people, but you will rarely, if ever, see a gay woman who is disabled. Sexuality for people with disabilities can be sensitive and complex. Some have been disabled since birth, or from a very early age—long before they were able to develop an understanding of their sexuality. Others acquired their disabilities later in life, and had to deal with significant changes in their self-image and sexual expression. Aside from being gay, lesbian, bisexual, transgender, or queer (GLBTQ), throw in a disability, and being a woman, and you’ve got a complicated knot to untangle.

While many disabled women may feel desexualized, defeminized, some butch-identified gay women even feel demasculinized because their bodies may not fit in with what society considers to be the norm. It can also be liberating not to conform to these expectations: disabled women are at once women, and yet not recognized as being sexual

It is generally understood that being a GLBTQ woman with a disability can bring problems in the dominant, straight culture, such as finding a job or obtaining health care. But this may also create challenges within the GLBTQ community.

Disability is a unique experience because it is possibly the only minority group that anyone can join at any time. In fact, as poeople age, they can almost count on obtaining a disability, whether it is heart disease, diabetes, arthritis, or some other illness that affects their physical or mental abilities. In the United States alone, 27 million women 15 years and older have disabilities* (*from a 1997 US Census Survey). Considering this, it shouldn’t be a shock that people in the GLBTQ community have disabilities or may acquire disabilities later in life, and should be aware of how this may affect sexuality and other aspects of life.

LauraLynn Jansen, of the Mautner Project for Lesbians, feels that the GLBTQ community is more advanced than society as a whole in accepting people with disabilities. But it seems that no matter the community, problems come up when people make assumptions. “I’ve seen so many people hurt by other people just whispering and staring,” Jansen says. She feels it is important for people to ask questions and not assume anything about another person’s abilities. Sharon Hoff, a woman with MS, says, “societal attitudes and the discrimination against disabled folks go along with being GLBT also. I even find that in our community, there may be a fear or misunderstanding of what a disability is, and the fear, I think, is a normal human reaction to a situatoin that most don’t want to deal with.”

Victoria Wheeler has had MS for about five years. She lives in Virginia with her partner. Because she was already out and comfortable with her sexuality for many years before developing MS, the challenges she has experienced stem from being mistaken as an able-bodied person.

One problem that Wheeler experiences in the GLBTQ community is the lack of services at a clinic in her community that focuses on GLBTQ health. Before becoming disabled, Wheeler was an AIDS activist and attorney who represented people with HIV/AIDS. But she now realizes that the services she needs are just not available, and that money for supporting lesbian health is lacking.

The Mautner Project for Lesbians with Cancer provides information and services to clients, builds awareness in the lesbian community about these issues, educates health professionals, and advocates for lesbian health issues. LauraLynn Jansen is Health Education and Outreach Coordinator/Integrative Health Specialist for the Mautner Project and the National Trainer for the Removing of Barriers program. She conducts training sessions for health professionals about the barriers lesbian face when accessing the health care system. Jansen is personally motivated from her experiences sa a cancer survivor.

Jansen says that her message of including GLBTQ women in the health community is an eye-opening experience for health professionals. Sometimes she knows that her presentations are not welcome because people often do not want to think about the collison of sexualty, identity, and health. Jansen explains how the healthcare system is oriented to serve white men (not women, lesbians, other races, or cultures) and illustrates her lessons with her experience as a young lesbian woman fighting cancer without health insurance. Jansen’s experiences with cancer “taught me how to be an advocate for my own health.” Ths is a skill that all GLBTQ people need, especially women, who are doubly discriminated against in the healthcare system.

Janet Weinberg is Director of Development for the LGBT Center in NYC and has autonomic neuropathy, an illness harming the nerves attached to major organs and causing symptoms such as digestive problems, and dizziness. She also found that being GLBTQ in the health care system can be challenging. “I got sick in 1986, and bck at that point, to come out when you’re in a critical care situation—very scary thing. Yet, I didn’t believe in lying. So I took my chances and I fortunately had a wonderful physician…but it didn’t make it necessarily the easiest thing to do.”

Many GLBTQ disabled women have lost friends after they became disabled, due to fear, ignorance, or the inability to support the relationship anymore. Weinberg was in a serious relationship when she became ill and had to separate from her partner.

“The end of that relationship happened because I had always been more of the caregiver in my relationship and when the roles were clearly changing, I didn’t feel supported. And it was easier at that point to go it alone without the relationship than to be worried about how I could caregive, while I knew that I needed caregiving. And so I made a very tough choice….”

Weinberg found tht altered health and illness changed many relationships. “When one is not healthy, one quickly learns who their friends are because it becomes a very different relationship.” However, Weinberg says that her “relationship shift with some people was not about disability, it was about caretaking and issues around health and illness.” She is in an 11-year-old relationship that is mutually affirming. Both Weinberg nd her partner have had health issues, and both have been able to caregive.

Women with disabilities often feel desexualized by their peers—straight or GLBTQ. It is a feeling of isolation, difference, and rejection of their bodies. Some women come to believe that they are not sexual, that being sexual is not even an option for them. Erin Lewy, a woman with cerebral palsy living in Westchester, NY, says, “I was just kind of lost and I distinctly remember thinking it would be easiest if I were just asexual anyway, because nothing will happen, so I probably am.”

Living with a disability can be painful, tiring, and frustrating, whatever the disability, whatever the restrictions. Yet, although limited strength and flexibility can be a challenge in the sex life of GLBTQ women with disabilities, some wome say that their disability has contributed to their sexual creativity. Lewy says:

“My physical limitations, not very pronounced in my daily life, are heightened in bed. I cannot do many of the things I would like…. My partner and I were also very limited in our positions for quite a while until a few fairly recent limitations sent me into a fair bit of depression. In the end I joined various mailing lists on the topic of disability and sexuality…. I also created the website disabledsex.org.”

Wheeler remarks on how the caretaker dynamic can affect the relationship, sexual or otherwise, with her partner. “If we allow that aspect to dominate, then our sex life suffers as a result. I do tend to identify as butch, and I have a hard time with the way fatigue, confusion, and physical debility affect our lovemaking. I can’t always be the assertive partner that I would otherwise be. I find that the same issues arise for my partner—she wants me to be the assertive butch in bed.”

Jansen finds that every time she has dated someone there is a process of explaining her body. She has scars, and areas of her body that are uncomfortable when touched, and she needs to use lubricant because she does not produce it naturally any more. Having to “translate” her body can be frustrating, but there are moments when it has brought closeness to her relationships. For example, Jansen was very moved when her girlfriend thought to pack lubricant as they prepared for a trip, saying, “she remembers about my body.”

GLBTQ women with disabilities are sexual warriors and pioneers. They challenge stereotypes in the GLBTQ and straight communities, explore different expressions of sexuality, and teach people by living their lives with strength and compassion.

As Nomi, a GLBTQ disabled woman living in the North Pacific, says: “Being a ‘crip’ is like being transgendered—we embody our bodies in a myriad of ways—all of which challenge the tyranny of the ‘normal.’ I find transgression intensely sexy. And I find people willing to confront fear and pain sexy. Because these people are trying to fit into tight little boxes, but celebrate each other’s humanity. It takes a special quality to embody resistance in that kind of way. My body is a site of resistance and celebration.” 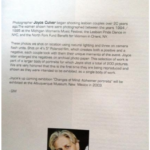 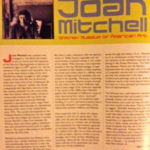