Photographer Joyce Culver began shooting lesbian couples over 20 yars ago. The women shown here were photographed between the years 1994-1995 at the Michigan Women’s Music Festival, the Lesbian Pride Dance in NYC, and the North Fork Fund Benefit for Women in Orient, NY.

These photos we shot on location use natural lightening and three on camera flash units. Shot on 4″ x 5″ Polariod film, which creates both a positive and a negative, each couple took with them their unique memento of the event. Joyce later enlarged the negatives on arhival photo paper. This selection of work is part of a larger body of portraits for which Joycee shot a total of 200 pictures. We are very honored that this is the first time they are being reproduced and shown as they were intended to be exhibited: as a single body of work.

[reprinted from issue 1 of Velvetpark]

Vp Issue 1: “The Tao of Cho, An Interview with Margaret Cho” 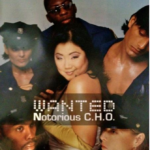 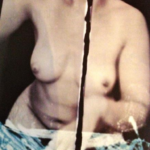