“I want dykes to do for architecture what fags did for fashion,” declared architect Mitch McEwen, 28, over a Cuban lunch in the East Village, and I knew that this recent masters graduate from Columbia’s School of Architecture, Planning, and Preservation was one to watch.

Like most visionaries, Mitch divides her time between her job and life’s work. She spends her days as an associate urban designer for New York City’s Department of City Planning in Queens and her midnights creating interior installations and conceptual architecture under her own Tricky Ink Rubric.

Since Tricky ink’s inception last year, Mitch built The Writing Boxes, a living installation created for a novelist in residence at The Flux Factory in Long Island City, Queens. Constructed from storage containers, Mitch used the materials and geometry of boxes to literally deal with writing as a product to be packaged. She used movable acrylic lids on a pulley system to accommodate the fluid ins, outs, and through lines of writing. For this debut, Mitch received commendation by the Architecture Record, The New Yorker, and The New York Times.

Next up is Harlem’s restaurant and nightspot, The Den. After seeing a few preliminary sketches and eating three plates of Sunday brunch, let me tell you that once Mitch is through with her magic, The Den will be the spot north of 125th Street for a garden pilgrimage. As she turns out neighborhoods in Queens and Harlem, Mitch is also planning for 2032, when she and her key collaborators will bring forth Gayburbia. Though she talks about the concept in a satirical tone, you can hear reality resonating. Based on trends of gentrification, sprawl, privatization, architectural topology and neighborhood identity, Mitch predicts that the gay demographic presently living in Chelsea will migrate to Hell’s Kitchen before it settles permanently in Weehawken, New Jersey. In the wake of this migration, Mitch proposes urban planning that both celebrates the gays’ political and cultural use of space and provides a hetero-remastering of replacement office and residential space when the gays make the inevitable push across the river.

So if you didn’t know before, now you do. Next time you see Mitch out winning B-girl competitions at Snapshot or skating her board through Bushwick, stop her and ask her about the connections between NYC canneries and the Russian Mafia, her ideas for disaster-relief housing fabricated from native materials, and her design ideas for buildings imitating the flow of MySpace social networking. She will tell you. In the meantime, be impressed with her at Trickyink.com. 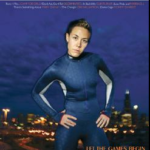 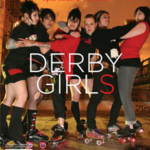