Whether Nicole Eisenman’s work portrays heroes or monster children, history or sniveling truths, it recalibrates the balance between art, recreation and décor, recasting both in what we commonly se

Whether Nicole Eisenman’s work portrays heroes or monster children, history or sniveling truths, it recalibrates the balance between art, recreation and décor, recasting both in what we commonly see as common and in what we commonly term art. Her newest paintings ring with confidence and the sense that Nicole never doubts her imagination or its power, never second guesses her formidable talent.

Only about half of Nicole Eisenman quotes other artists’ work. The other half quotes life. Goofy, mundane things, as well as subtle and reflective emotions, find expression in her art, as do circuses, horror flicks, hunting, fishing, drugs and sex. The Baroque painter Poussin is a palatable presence in much of her work. Eisenman also integrates a wit and rage descended, it seems, from the French political cartoonist and painter, Daumier. The Impressionists too, particularly Monet, appear in her paintings, yet it may well be Picasso who lends Eisenman’s work the kindling that makes it all seem ready to burst into flames. She has made several critical tributes to the painter and to his daughter, Paloma.

“When I was younger, I felt I had an almost mystical connection to them,” she said, flashing a Janus-faced earnestness and sarcasm. “I saw Paloma as a tragic figure. Following in the footsteps of a genius father couldn’t have been easy. I did a mural in London where Paloma’s henchwomen catch the yellow liquid that drips from a minotaur’s wounds in precious little perfume bottles.”

Although Nicole does, she says, have all of that art history afloat in her brain, her new work is informed more by her life experience than by a formal or intellectual imperative. Namely, Eisenman has applied her altered perception to a series of works she made after a stay at the Betty Ford Clinic to recover from her drug addiction. In the “Party Girl” series, Eisenman portrays the kinds of women she encountered there: “actresses from the Sixties who never really made it, Summer Stock players and wives of judges.”

The “Party Girl” series features paintings that also represent the four major drug groups: cocaine, alcohol, heroin and pills. In making, what is in my opinion, the most disturbing of the series, a painting she called “Darvana,” she drew several portraits of a face in charcoal over a painted head, then erased the charcoal, making a vague and terrifying image. In fact, she kept “Darvana” covered by another of the paintings until I asked her about the series, and she covered it again after showing it to me. Of the Betty Ford experience, she said, “It was entirely worth being a drug addict to get to go there. I encountered the most bizarre stuff there and had some of the greatest memories of my life.”

Nicole thinks she actually might have gotten more done when she was a drug addict, but these days she guards her sleep, and works nine- to-five in her Chinatown studio. Both process and product reflect this new sobriety. Her past exhibits often were comprised of paintings and sketches, little drawings on scrap paper that she tacked up in installations. Not a few critics likened the shows to adolescent bedrooms. Does she sense the change in her work as a sign of maturity?

“I am phasing out the scrappy stuff,” she said. “Ten years ago, I had more issues and anger to express. Once I got all that out of me, I became a more peaceful person. I don’t need to make the nastiest image anymore, I am free to think about deeper, greater concerns. I’m more self-aware of what my work’s about than I was ten years ago. Of course, how I’ll be accepted and received by the art establishment when I do shift gears becomes an issue, but I won’t have shows anymore the way I did five or ten years ago. I no longer show scraps of paper. You can’t dismiss a six-foot canvas.”

Eisenman’s large canvases, in particular, can’t be dismissed. Many of them feel like collaborations between Walt Disney and Ingmar Bergman, and the paintings’ allegorical titles acknowledge as much. Does “Anxiety of Preadolescent Boys Hanging on to the Last Moments of Innocence” sound like a Star Wars sequel? Does “Mournful Dance Tribute to the Willow Tree by a Troupe of Virginal Monster Children” intimate a remake of Sleepless in Seattle? I think not. Other new titles include “Ambition Distracted from Achievement by a Clique of Bitchy Sluts,” “Death Waits Patiently, Co-Starring Clive Banks” and “The U.S.S. Williamsburg Crashing into the Shores of Fame,” which portrays art students in a shipwreck, swimming to a shore at the bottom of a hill. They take one from a stack of bowls and trudge to the hilltop, where fame is dished out. The image will become a mural at Cornell University.

“Cunt Hell of the Searing Heat” depicts a group of women on a picnic in Hell; the women’s heads have been transformed into vaginas. It is certainly not a merely adolescent commentary on sexuality. “I think women’s sexuality can be frightening,” Nicole said, “even to women themselves, because it is so incomprehensible. There’s nothing there to latch onto or wrap your head around, nor is there a definitive, obvious endpoint. The vagina-faced women are, in a sense, the ugliest, most horrendous thing I ever painted, but I needed to see if I could. I wanted to put this part of a woman’s anatomy on her face to expose the fear people have of it and the taboo of showing it.”

Perhaps the maturity expressed in her new work is a byproduct of Eisenman’s ongoing quest for self-assuredness. “It’s a constant struggle to have the confidence to do things, to feel your opinion and feelings are valid,” she told me. “I try to be aware and stop myself from ending statements with ‘I don’t know.’ I try to remind myself that I do know, as much as anyone else. My work is the place in my life where I can be truest to myself. When I’m not making images, I’m a shaky little leaf.” Nicole Eisenman shows with the Leo Koenig and the Jack Tilton galleries in New York, and her new paintings were recently on view at Shoshana Wayne Gallery in Santa Monica. She also performs as a member of the theater troupe, Summer of Bad Plays.

Nicole Eisenman shows with the Leo Koenig and the Jack Tilton galleries in New York, and her new paintings were recently on view at Shoshana Wayne Gallery in Santa Monica. She also performs as a member of the theater troupe, Summer of Bad Plays. Spring 2003 issue no 4 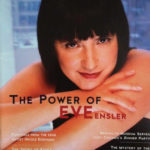 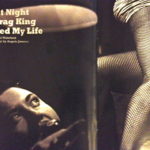