Recently Evan Osnos at the New Yorker penned an article titled, “Why Ch

Recently Evan Osnos at the New Yorker penned an article titled, “Why China Lacks Gangnam Style.” In it he explains South Korea, a open society that recognizes free speech, is able to create satire, like as in, make fun of its self, exemplified by Psy’s campy viral hit.

Modern Maoist cultural censors do not allow speech that strays too far outside of polite or abstract expression within China, and there is what Osnos writes the “Kung Fu Panda” problem. The Disney movie a big hit around the world was panned publicly in China for its frivolous portrayals of two national symbols.

On the cultural frontier both at home and abroad, although under restrictions by the Chinese government since 2011, artist Ai Wei Wei temps fate again. 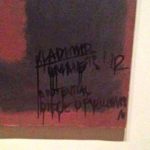 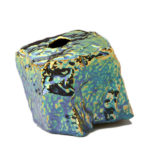