Before I piss anyone off, let me just say I’m not making fun of any of the cast who p

Before I piss anyone off, let me just say I’m not making fun of any of the cast who participated in the show. I mean we are living a reality TV existence, have we not been crafting our social web personas for almost a better part of a decade? Blogging, soical-my-face-net-twit-working about ourselves ad nauseam. Guilty as charged. Sometimes you say and do dumb things online in a moment of weakness and then its there foreves.

Is there really any difference between craig’s listing your crotch via android to a congressional page, or getting naked for Showtime on a Jersery-shore-like lesbian drama? I hold no one accountable for any foolery, and blame it on the times in which we live, and those who seek to profit on our exhibitionism.

But, dear lesbian sisterhood, why was The Real L Word so embarrassingly, dreadfully bad? I know not one, not one, lesbian who liked this show. No, wait, I take that back I know one lesbian who said one night she took E (E? really? Vicodin, maybe) and sat and watched a marathon of TRLW. Not even the Millennials liked this show, and that I assume was the target audience? I know this because, while I couldn’t stomach even getting through one episode of either season, I did read all the re-caps on autostraddle and thus formulated my Gen-X opinion.

Oh there is a commenter here, a 300,000 facebook fan who loved it there, including Lea Michele (Glee’s Rachel Berry) who, I guess, gets off watching it.

What is the difference between the cast of The Real L Word and Tila Tequila? Just a question.

Call me jaded, call me old, call me a doctor, call me nostalgic, but does anyone remember The L Word. Even though it annoyed us at times, I never recalled ever recoiling in utter embarrassment? TRLW has not enchanted the Lesbian mob the way the original show did. Dare I say the original series galvanized lesbians in an inter-generational cross-demographic mash-up? I mean Toshi Reagon sang a song on a beach while Jenny set herself adrift at sea… with a dog.

I went to those HRC L Word Premiere viewing parties, remember them? Hundreds of lesbians used to come out of the wood work to some swank (or dive-y) club and watch the show together. I remember an older couple from New Jersey, they were in their fifties I saw them yearly at each Premiere in New York. They were grateful to the show, and loved Jennifer Beals for making it okay for them to come out, at fifty!

Listen, I may just be an arm-chair theorist, but TRLW suffered from a case of capitalizing on lesbians acting badly. And I don’t just mean as in misbehaving, I mean as in the poorly constructed artifice one puts on in public when you know a camera crew or as Sajdah put it, a whole Verizon network is filming behind you.

My neighbor down the hall is a director and acting coach. Every Wednesday mornings at 11 a.m. I hear gut wrenching primal screams emanating out of her loft. Her students meet there for a weekly session she calls “Permission Playground.” She tells me the whole art of acting relies upon the ability of the actor to dig deep within their innermost selves and get in touch with a Truth. Its in this mining of experience and clarity of emotion that allows an actor to truly act. The paradox; acting is actually the art of being real.

Love or hate those TLW storylines, the cast managed through the art of their craft to enliven a fiction. There was something aspirational about it all… but that was then and this is now.

For young dykes coming out now, is Whitney Mixtner your role model? Is it Claire? Anyone remember Ani DiFranco, Riot Grrrl, and zine culture? Remember DIY? To quote Robert Plant, Does anyone remember love?

TRLW seems to be a parody of lesbianism and everything we thought cool, like skinny jeans and faux hawks, and tonguing in public. God, I never want to wear or do any of those things again! And I’m sorry but dreadlocks only looked kinda cool on a white girl, DiFranco circa 1994, and even she combs her hair now.

I know you’re saying, who gives a shit Moon, its just a show, sex sells, blah, blah, and blah. But I tell you why this matters. Look around lesbian, what exactly is happening to our culture? And why have we accepted this poor reflection of ourselves at our most trivial and self-centered? Tell me what is the next real trend, who is inspiring you? Is there anyone other than Gaga, and even she is repeating herself (or Madonna) at this point. Where is our lesbian soul, sisters? 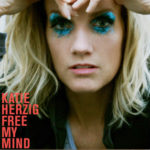 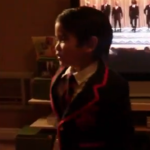 Highlights of the Glee Movie