It is safe to say that there is not one Yoga Asana teacher that has not studied with or studied under a student of B.K.S. Iyengar.

It is safe to say that there is not one Yoga Asana teacher that has not studied with or studied under a student of B.K.S. Iyengar. He was one of the most influential masters of modern postural yoga. His legacy is seen everywhere across the globe where one roles out a rubber mat.

Many of the standing poses we all do today come from Iyengar who had to adapt the more traditional poses for stiff Westerners who grew up sitting in chairs. Iyengar pioneered therapeutic and restorative yoga poses, he developed the props we use to safely get into postures, he was a true technician of the human body and its connection to the human spirit. His veritable bible of Yoga practice “Light on Yoga” was published in 1965. This book brought my parents to the practice of yoga, which in turn brought me to yoga, a twist of fate I am forever grateful for.

To the west, Iyengar introduced the tenants of classical yoga, Patanjali’s eight limbs: in brief; asana, pranayama, concentration, meditation, as well as the observances, which include speaking truth and non-violence. Ultimately these practices lead one to inner absorption, samadhi… the goal of yoga.

In this time of great hardness and violence, remembering and honoring a great master, a Guru of the highest degree whose entire life’s work was to bring balance and serenity to humanity cannot be stressed enough. Its not a wonder that most invocations to the divine in the yoga system end with the words, peace, peace, peace…

In deep gratitude to great beings who have and continue to walk this earth. 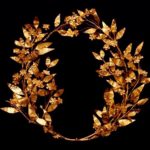