Given that outing yourself as a lesbian and launching a marketing campaign seems to go hand in hand, a brand new Bravo soon-to-be reality star might be boning Lindsay Lohan.

Given that outing yourself as a lesbian and launching a marketing campaign seems to go hand in hand, a brand new Bravo soon-to-be reality star might be boning Lindsay Lohan.

Bravo’s new reality show Double Exposure stars fashion photographers, Indrani and her partner Markus Klinko. The two have created a name for themselves in the fashion and entertainment industry shooting Beyonce, Mariah Carey, and Mary J. Blige, Lady Gaga, Will Smith, Kate Winslet, Anne Hathaway and Lindsay Lohan… Where rumor has it, or at least according to Queerty:

Somebody is trying to tie Lindsay Lohan into another lesbian affair whether she’s aware of it or not. The flailing “actress” latest supposed love? Indrani, the photographer who just so happens to have a new Bravo television show to promote.

Double Exposure, premiering June 15, stars Markus Klinko and Indrani (former lovers!) as they, uh, shoot fashion spreads and other nonsense that now counts as programming. Also Googleable as Julia I. Pal-Chaudhuri, Indrani is on a press bender pushing her relationship with Lohan, who may or may not be in rehab.

Indrani’s defense of Lohan: “We have been spending a lot of time together. I have never had a relationship with a woman before, but Lindsay is just somebody who I find fascinating, gorgeous and extremely smart, as well as super-hot. Lindsay gets a lot of bad press, but she’s a really strong, creative woman and is trying really hard to get her life in a good, positive place.” 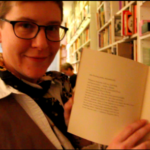